The Future of the U.S. Healthcare System 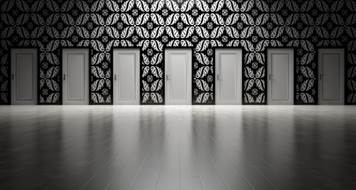 If one didn’t know better, one would think the U.S. healthcare system were in dire straits. The country should have been celebrating that the uninsured rate dropped from 16.3% in 2010 to 8.8% in 2016. We should have been pleased that during this period the medical cost trends for the largest segments of the market (employer group plans, Medicare, and Medicaid) were among the lowest in thirty years, although still higher than we would like. Instead, the country spent two years (or, really, seven years) listening to rhetoric about the Affordable Care Act (ACA) and witnessing endless attempts to repeal it or weaken it, with the likely result of making robust coverage unaffordable or unattainable for millions of Americans.

In a stable market, insurers could project costs accurately and avoid wide swings in premium rates. Actuaries who have studied the challenges and risks of the health insurance market conclude the key to stability is a better balance of enrollees by age and risk conditions.

A better balance can be attained while preserving the beneficial effects of the ACA. Lost in the lament over high deductibles are the advantages of being insured (even with a large deductible): financial security against bankruptcy by large medical expenses, preventive care benefits at no cost to the insured, and access to the insurer’s provider discounts when accessing care. It is well known the ACA extended insurance coverage to over 21 million uninsured Americans. Less publicized are other beneficial effects, such as expanded prescription drug coverage to 44 million Medicare beneficiaries and the imposition of quality and medical loss ratio (the percentage of insurance premium dollars spent on healthcare claims) requirements on insurers.

Stabilizing the Individual Market
The fundamental goal of the ACA was to provide access to affordable, robust insurance coverage regardless of health conditions and regardless of income. Here are five recommendations that would make the individual marketplaces actuarially sound while preserving the above goal:

Make insurance more attractive for younger adults. Age rating should reflect the true actuarial costs by age. The ACA artificially lowered premiums for older insureds causing younger enrollees to make up the cost difference. Premium subsidies and cost subsidies are currently more valuable to older insureds who have higher expected costs. They should be restructured to reflect both age and income instead of just income.

5. Establish a unique individual insurance market. There are currently two grandfathered non-ACA-compliant markets and two ACA-compliant markets, one on-exchange and one off-exchange. Having only one market would allow insurers to better predict who will enroll, leading to appropriate pricing and reduced anti-selection.

There is already a prototype for items #1-3. Policymakers simply need to emulate the successful and popular Medicare prescription drug program, Part D, which was passed with only Republican votes in 2003. It features:

Despite the fact that prescription drug premiums are roughly 1/10 of medical premiums, in 2015 the government paid out $31 billion in reinsurance in Part D vs. $7.9 billion for the ACA. The government paid $45 billion in low-income and retiree subsidies vs. $32 billion under the ACA in 2014. No lawmaker has denounced these Part D payments as bailouts for insurers!

Unfortunately, as 2017 came to a close, none of the above actuarial recommendations were enacted. Instead, the Trump administration and the tax bill made the insurance markets worse:

Of course, insurers’ rates for 2018 were set before the tax and budget acts were passed. Rates were increased to cover the loss of reimbursement for cost subsidies (CSRs) and the likely deterioration in the average health of those remaining in the market. The enrollment results are better than expected, with an overall 3.7% decrease: a 0.2% increase in the 15 states with state-based marketplaces and a 5.3% decrease in the 34 states using the federal marketplace. 2018 may yet see a national reinsurance program and funding of the CSRs. But there is still little attention focused on the growth of the unit costs of healthcare services. In the next issue, we will discuss how a single-payer system, or, more generally, a universal healthcare system could lead to lower costs if set up with appropriate utilization controls.