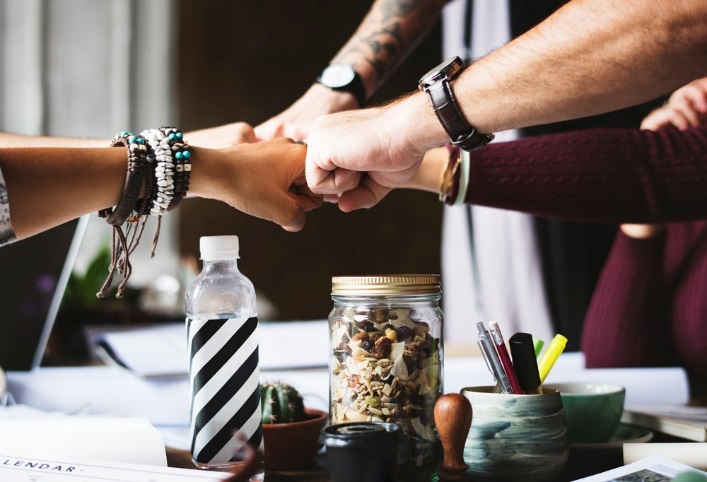 Think of the best teams of which you’ve been a part – those on which you, personally, were highly motivated, felt a strong sense of positive connection, and generally looked forward to coming to work each day.  You had fun collaborating with your colleagues, weren’t afraid to admit mistakes or ask for help, and, together, were able to produce great work.

When this is posed to teams I coach or students I teach, I often hear things like:  there was trust; we liked each other; we had a common vision and goals; we listened to each other; we shared ideas; there was mutual respect, even when we disagreed; we cared about each other; we had each other’s backs; we took time to communicate; and we brought in food to staff meetings.  (Ahhh, the power of food!)

In my work, I leverage research, in particular from the areas of neuroscience and positive psychology, to support leaders and help teams develop, achieve great outcomes, and even have fun.  How wonderful that the “at our best” experiences are consistent with – both support and are supported by – the research.  Before we explore ideas as to how to enhance positive affect in the workplace, it’s helpful to understand why bringing out the best in teams is increasingly important.

The Need for Improved Teamwork
In an article entitled, Strategy in the Age of Superabundant Capital, [March-April, 2017, issue of Harvard Business Journal] the authors indicate, “The skillful allocation of financial capital is no longer a source of sustained competitive advantage.  More important is a workforce that can generate good ideas and translate them into successful new products, services, and businesses.”  The researchers further state that in today’s economy, human capital (think time, talent, creativity, and energy), is where the power lies.

This is consistent with research from Deloitte [2017 Deloitte Global Human Capital Trends] that states the “organization of the future is a network of teams.” Leading companies are shifting their organizational structure, flattening traditional hierarchies, breaking down silos, and building systems that cross roles to leverage agile groups of individuals.

These findings are especially relevant in healthcare, where increasing co-morbidities and complexity of specialization requires strong teamwork across disciplines in order to achieve reliable, safe, and patient-centered care.

So, what does all this have to do with emotions?
Well, if you consider the research surrounding human performance it’s everything.  Although I often hear executives say they wish people would leave their emotions at the door as they come to work each day, we know our human resources are just that – human.  We bring all of ourselves to work whether we like it or not.  This includes our natural temperaments (which comes from our biology, genes, and the interplay of neurochemicals our bodies generate throughout the day) as well as the parts of our personality that have developed through our experiences (family, culture, technology, education, work environments, etc.).

Research has shown employees’ moods, emotions, and overall dispositions impact the quality of:  employee attention and perception, critical thinking, decision-making, creativity, ability to learn, memory, willingness and ability to collaborate, as well as their well-being and resilience.  Phew, that’s quite a list!  Most leaders would agree these elements are critical to workplace satisfaction and performance.

Influencing Positivity using the SCARF Framework
Luckily, there are predictable triggers that influence threat (“negative” emotional) vs. reward (“positive” emotional) states.  Dr. David Rock of the NeuroLeadership Institute, developed the SCARF model, a brain-based framework to understand key drivers of human social behavior in our increasingly interconnected workplace.  By understanding these drivers, leaders and teams can improve their capacity to understand and influence themselves and the work environment.  Work relationships and practices can be designed more intentionally to promote fewer “threat” and more “reward” experiences.

Below are ideas that have surfaced in my work with teams as elevating positive experiences and promoting healthier and more productive work environments.  We’ll look at these practices through the lens of Rock’s SCARF framework.

In addition to ensuring equity in rules, one of the easiest ways to promote positive feelings around fairness is to be open and transparent in communications.  People are less likely to experience dissatisfaction if they are included in discussions and contribute to and understand workplace decisions.

You have more influence than you may realize over your own and others’ well-being, motivation, and performance.  In these dynamic and often trying times, the SCARF model provides a simple framework that can bring greater understanding of what supports positive affect in the workplace and what does not.  Leveraging this insight can help promote stronger teamwork, a competitive advantage that’s just waiting to be tapped.