Choose Your Words Wisely:The power and responsibility of a leader’s language 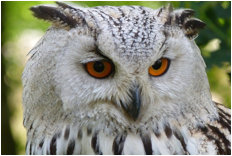 The conventional mission statement from a non-profit health system reads like this: “The health system aspires to improve the health of all in its community by being the leader in quality, safety, and population health.” There is both nothing and everything wrong in this statement. Nothing is wrong to those who are cognizant of the meanings of “quality, safety, and population health.” They will be few.  Everything is wrong in the statement to those who are not knowledgeable of these key words. It is worse yet for those who think they are knowledgeable, but are not. The first group know of their ignorance; the latter proceed under a cloud of misunderstanding.

The problems with this generic statement of mission are many. And their solutions are the work of leaders and the leaders’ language.

The word “quality” lacks both specificity and emotional resonance.  What does “quality” look like?  What does it feel like? And would anyone anywhere choose healthcare that was not characterized by quality?  The word “safety” suffers from the same limitations.  We assume all healthcare we receive will be safe. Aspiring to safety seems a very low bar for any healthcare organization.

The “improvement of the health of the community” appears as a noble goal.  Nonetheless, the phrase assumes an understanding of the meaning of health without describing it.  The connotations of the word health stretch from “absence of disease” through “being able to function adequately in one’s life” to “the physical, emotional, spiritual, and economic ability to engage in a vigorous, enjoyable life.” All these phrases, despite their differences, describe health.  Given that range of meaning, what then is the health system’s mission? We also know health depends on economic well-being, supportive social structures, and wise personal decisions as well as healthcare. A mission of “improving the health of the community” overstates the capabilities of any healthcare system. “Improving a community’s health” would be better stated more realistically as a community goal in which the health system was a partner.

Many organizations have been very effective in describing themselves—both to the public and internally—using a very few well-chosen words.  General Electric, beginning in 1970 and for the next 24 years, used the branding slogan “We bring good things to life.” 2 These words framed an iconic image for the company that connected broadly with the public.  Similarly, the Dupont Company reinvented its image in 1999 with the inception of its global positioning phrase “The Miracles of Science.”  This simple phrase was found to resonate with both internal and external audiences.  It both summarized the 200-year history of the company as a leader in applied science and set aspirations for future product development. 3

In healthcare, the Christiana Care Health System, based in Wilmington Delaware, has used a more discursive approach to describe itself effectively—The Christiana Care Way.  The Christiana Care Way (We serve our neighbors as respectful, caring, expert partners in their health.  We do this by creating innovative, effective, affordable systems of care that our neighbors value.) functions as a brand promise, a mission and vision statement—all in one. 4  The words are simple and carefully chosen to be understandable both outside and inside the organization.  The rationale for the choice of words is publically highlighted on their website in a “glossary.” 5 The words “serve,” “neighbors,” “partner,” and “value” are rich in connotations and highly emotive.  They both describe and prescribe action. Together they confer actionable meaning to the image of the organization.  When one reads The Christiana Care Way, one has a good idea of what one should expect from the organization and, if employed by Christiana Care, what one is expected to do.

It is a leader’s responsibility to discern and communicate the meaning of her/his organization - why it exists and what it does. This act of discernment and communication can be called “framing.” Gail Fairhurst and Robert Saar in their book, The Art of Framing, describe this leadership role. 6 Through the construction of a “frame,” a leader can clarify an organization’s goals, focus the activities of an organization’s members, guide its decision-making, and establish the parameters for its success.  She/he constructs this framework from words.  She should choose her words wisely.

Words matter to writers and poets. Similarly, they should matter to leaders.

Writers need to be clear to be competent.  Writers communicate effectively when you understand what they write.  The words writers use and how they use them can describe, question, inform, affirm, or challenge.  The descriptions, questions, information, affirmations, and challenges require clear language to engage and to have impact.  Ambiguity in language leads the reader to a muddled message.  Clarity leads the reader into the writer’s world.

Poets specialize in the emotion of words.  Words for poets resonate with connotations that echo with multiple levels of meaning.  In its seventeen syllables, a haiku poem can summarize life’s deep experiences in a simple description of nature clear for anyone to see.  Poets choose their words carefully. They understand their power.

Communication of any sort is fundamentally persuasive. Myles Martel, a well-known management and communication consultant, points this out in a brief book, The Persuasive Edge.7  Advertising a product clearly has a point of view. A politician’s speech advocates for one’s vote.  A book has a theme. A CEO’s question has a context and sends a message simply in its being asked.  Even an “unbiased” scientific paper works to demonstrate a specific conclusion.  All communication seeks recognition, if not necessarily agreement. If a communication is poorly thought out, and haphazardly presented, the recipient may be persuaded the true message is “poor thinking and inadequate preparation” rather than the intended content.

We all have seen the power of words.  In the English-speaking world of the 20th and early 21st centuries, several rhetorically gifted politicians communicated a summary view of culture that resonated so well with the public that their words became iconic for their time.  FDR’s words in his first inauguration speech “the only thing we have to fear is fear itself” have become synonymous with an optimistic, almost defiant, world view of resilience in the face of adversity.  JFK’s inauguration words “ask not what your country can do for you - ask what you can do for your country” inspired a nation to community service.  More recently President Obama’s slogan “Yes we can,” spoken during the early primary presidential election of 2008 in New Hampshire, came to characterize the hopeful campaign of the underdog. At a deeper level it inspired those hoping to change the political climate; and, deeper yet, it symbolized the optimistic hope of many that the election of a African American president would finally make civil rights an American reality after 150 years of struggle.  These politicians knew the power of their words.  As leaders, they employed words’ poetry to describe, define, embrace, engage, and encourage. With their poetic rhetoric they framed the world for their followers. They chose their words wisely.

How does one do this? Clearly the politicians above are an elite group with unusual talent.  Yet, the principles underlying their success are evident and accessible to all leaders.  To paraphrase the work of Myles Martel:

A leader can be poetic, succinct, and clear, yet tragically ineffective if his words do not fit the actions of the organization.  Communists who characterized others as “comrades” when devaluing them in a totalitarian state did not create a new order—despite their lofty words. GE was forced to confront the conflict of its brand with reality when critics pointed out that its development of technologies to facilitate nuclear war hardly fit the aspirations of “bringing good things to life.”  A CEO who calls an employee an “associate” when they labor in a rigid hierarchy does nothing but invite a charge of hypocrisy.

Words matter. Carefully chosen, they are the key tools of a leader.  They can frame reality, give meaning to work, emotionally touch those an organization is built to serve, and inspire individual excellence.  Given the immense power of words, it is our responsibility as leaders to choose wisely.