Behind the Scenes: Portraits of Progress for Firms in the Pandemic - MD Clone 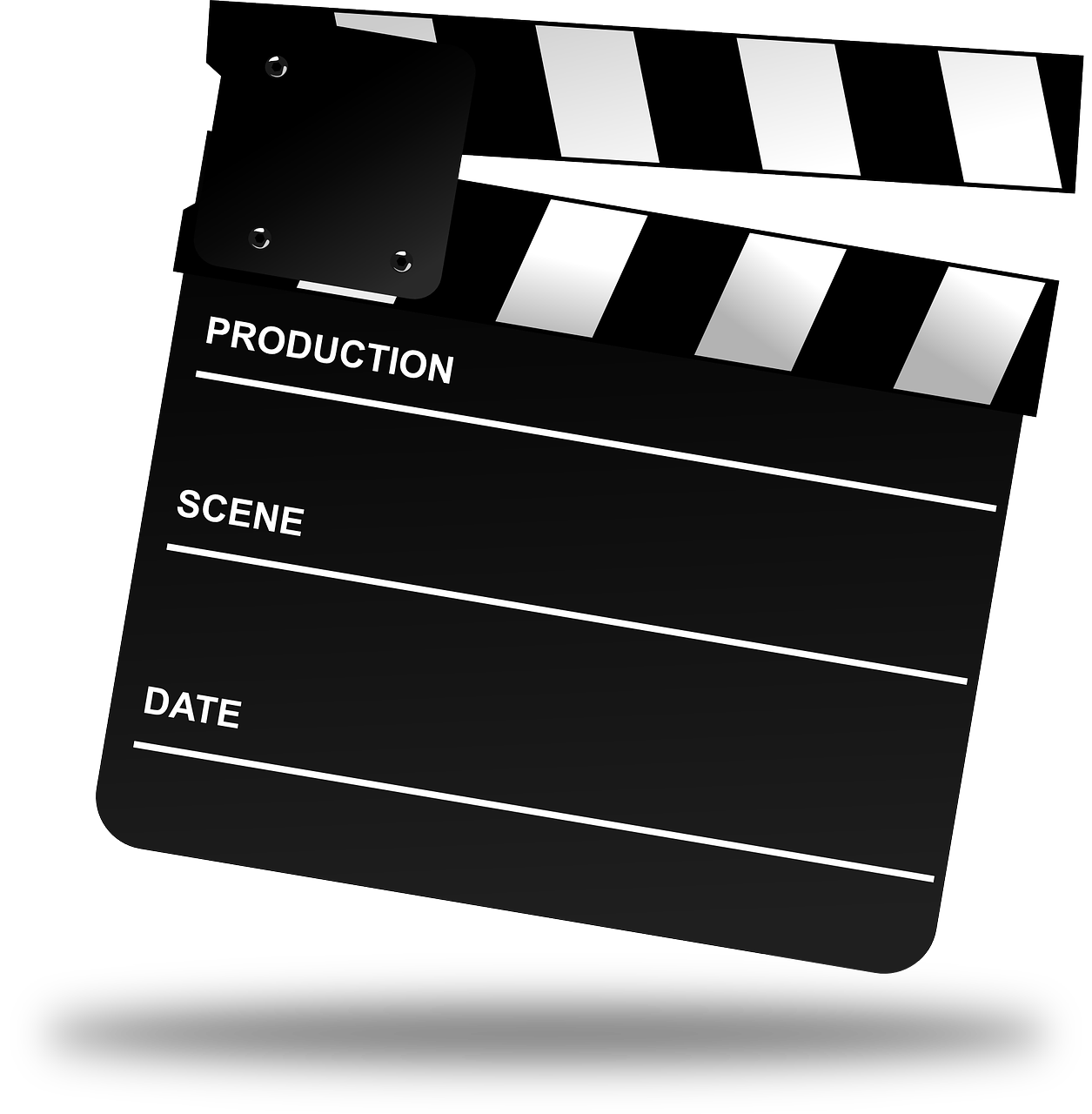 I am a primary care general internist who was lucky enough to go to Wharton on a full academic scholarship as part of what was then the Robert Wood Johnson Foundation Clinical Scholars Program. This two-year, post-residency program brought together young physicians who were making a commitment to changing our broken healthcare system. Armed with an MBA in health administration, and after five years as a junior faculty member at Penn Medicine, I was recruited to Thomas Jefferson University in 1990 and have been on the faculty there for more than 30 years. (My millennial children think I am a walking and talking dinosaur, and perhaps they are right.)

During my tenure at Jefferson, I have had three jobs. As the inaugural Director of the Office of Health Policy from 1990 to 2003, I served with a dual reporting relationship to the hospital CEO and the Dean of what was then called Jefferson Medical College. At that point in time, I was the only physician in the entire faculty practice plan who had been to business school!

From 2003 to 2008, I was the Chair of the Department of Health Policy within the medical college and became the recipient of the Dr. Raymond C. and Doris N. Grandon endowed professorship. From 2008 to 2019, I was the Founding Dean of the nation’s first college of population health. Today, I have the “lofty title” of Founding Dean Emeritus, which gives me great autonomy to explore areas of research and scholarship that have been of interest to me for decades. Hence, at least in part, this wonderful opportunity to write a column.

In July of 2019, I voluntarily stepped down as Dean — following what I believe to be the good management practice of relinquishing senior roles in any organization after more than a decade. In September, I was invited to Israel to speak at their national health policy conference. Israel is also known colloquially as the “Start-Up Nation”1 based on a well-known 2009 book by Senor and Singer.

First, a bit about healthcare in Israel and then more about the role a particular company, MD Clone, plays in bridging global gaps in data to improve health outcomes, especially during a pandemic.  According to the State of Israel’s Ministry of Health, Israel’s2  healthcare system is characterized by universal healthcare coverage, with a community-based orientation and a focus on prevention. Israel spends about 8% of its GDP on healthcare, while the U.S. spends nearly 19%.3  Historically, Israel has had 4 large HMOs. They have focused on creating the “Ofek System” - a national electronic medical record (EMR) information exchange platform.4  In a nutshell, every single citizen is included in this national, online, readily accessible EMR system, which is the envy of many other nations, including our own!

I visited Maccabitech — an offshoot of Israel’s Maccabi Healthcare Services, the second largest of the four HMOs in the country. Maccabitech, which is powered by MD Clone, is a 2.5 million person, readily accessible healthcare data engine that enables predictive analytics, artificial intelligence, and population health research to thrive in a country essentially the size of New Jersey.5

There is nothing quite like the database at Maccabitech in the U.S. In a recent issue of Harvard Business Review Case Studies, Kominers and Knoop provided a detailed account of the capabilities of medical data in Israel.6  Although I cannot adequately summarize this comprehensive article, I can reassure our readers that Maccabitech is on to something that most integrated delivery systems (including Jefferson Health), are still dreaming about.5  I was hooked! How could I help to create even a modest copy of this capability at Jefferson and elsewhere?

Fast forward to the pandemic and the global challenge of sharing clinical data about caring for patients with COVID-19. How could we overcome all the extant privacy barriers as it relates to sharing personal health information (PHI) and simultaneously get sufficiently detailed clinical data from the bedside to researchers all over the world? The answer? MD Clone.

MD Clone was founded in 2016 and works with major health systems, HMOs, and life sciences companies in the U.S., Canada, and Israel. According to a recent report in Healthcare Innovation,6 MD Clone “creates a synthetic copy of healthcare data collected from actual patient populations. While the synthetic data set is virtually identical to the original data, there’s no identifying information that can be traced back to individual patient. It can help reduce cycles of discovery from months and years to hours and days through the self-service platform and access to synthetic data without the need for institutional review board (IRB) approval.”

I actually had used the self-service platform, with a tiny bit of help, during my aforementioned pre-pandemic visit to Maccabitech in September of 2019. The “hype” was actually understated, and the tool exceeded my expectations. With support from the senior most leaders at Jefferson Health, I brought MD Clone to our clinical enterprise, known as Jefferson Health, in February of 2020.

While Jefferson is clearly an early adopter, our timing was prescient and lucky too! By April, the second month of the pandemic in the U.S., our clinicians, data scientists, and bench researchers were sharing data about patients with COVID-19 with colleagues from around the world. Contemporaneously, our plans to create a Global Network (GN) of researchers gained momentum. The GN was an aspirational idea after my return from Israel in late 2019, and the pandemic clearly made it a top priority. The leadership lessons here are abundant.  One that stands out for me is the importance of being well-prepared when opportunities present themselves so you can readily embrace them.

MD Clone has two co-founders, Ziv Ofek and Luz Erez. My personal relationship is with Mr. Ofek, so I will focus on his role. Ofek is no stranger to the U.S. healthcare information technology marketplace as the founder and former Chief Information Officer of dbMotion, which was sold to Allscripts for $235 million back in 2013. He is the originator of the dbMotion concept for clinical integration and semantic interoperability. Ziv is a Sabra — a term often used to describe persons born in Israel whose personal characteristics mimic the fruit — hard on the outside and sweet in the center. He exemplifies the “start-up nation” ethos and seems to know every single investor and inventor in the entire country of Israel.

Translating the vision for MD Clone for a U.S. audience has been an uphill battle. The Israel mindset is action-oriented, with little patience for bureaucracy, hierarchy, and many other attributes that describe our domestic $3.5 trillion industry - the biggest in the nation. I have had many heart-to-heart talks with Ziv and his leadership team. Thankfully, he has learned to surround himself with a dynamic group of U.S.-based leaders who truly understand our peculiar marketplace and fully embrace the technology, the vision, and the pressing pandemic-fueled need to quickly operationalize the GN research agenda.

My role moving forward, as the inaugural chair of the MD Clone GN, is to work collaboratively with all the founding members - a veritable “Who’s Who” of top academic centers in the U.S., Canada, and Israel - to move the ball down the field. That is, to draw on the unique strengths of great organizations like Intermountain Healthcare, Washington University in St. Louis, Jewish General Hospital in Montreal, and the Regenstrief Institute in Indianapolis, among others, as we find new and innovative ways to unlock our own data and create insights and actionable information from the hurly burly of our everyday work.

I am back to doing what I love and do best - attempting to improve health outcomes and drive down costs by reducing waste.  My 30 years of experience and my Wharton degree have prepared me well for the challenges ahead.