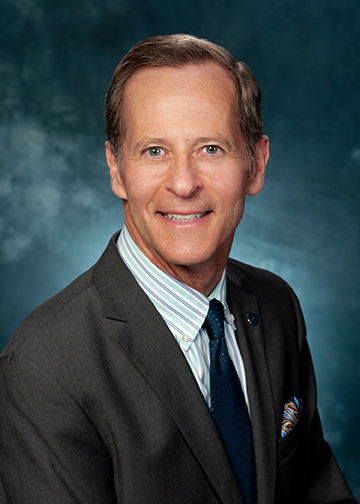 A board-certified internist, Dr. Nash is internationally recognized for his work in public accountability for outcomes, physician leadership development, and quality-of-care improvement.

Repeatedly named to Modern Healthcare’s list of Most Powerful Persons in Healthcare, his national activities cover a wide scope.  Dr. Nash is a principal faculty member for quality of care programming for the American Association for Physician Leadership (AAPL) in Tampa, FL. He serves on the NQF Task Force on Improving Population Health and the John M. Eisenberg Award Committee for The Joint Commission.  He also is a founding member of the AAMC-IQ Steering Committee, the group charged with infusing the tenets of quality and safety into medical education.  Dr. Nash was recently appointed to the Executive Research Advisory Council (ERAC) of the Pharmaceutical Quality Alliance (PQA) in Washington, DC.

Dr. Nash has governance responsibilities for organizations in the public and private sectors.  He has chaired the Technical Advisory Group (TAG) of the Pennsylvania Health Care Cost Containment Council (HC4) for more than 20 years, and he is widely recognized as a pioneer in the public reporting of outcomes.  Dr. Nash has been a hospital trustee for 20 years. He served on the Board of Trustees of Catholic Healthcare Partners (now Mercy Partners), in Cincinnati, OH (1998–2008), where he was the inaugural chair of the board committee on quality and safety.  He concluded his tenure (2009-2017) on the board of Main Line Health, a four-hospital system in suburban Philadelphia, PA, where he also chaired the board committee on quality and safety.  He now serves on the board of the Geisinger Commonwealth School of Medicine (GCSOM). In 2018 he joined the board of the National Investment Center for Senior Housing and Care (NIC) – a national not-for-profit to enable housing choices for elders. Finally, in 2019, he joined the AMGA Foundation Board in Arlington, VA.

In the for-profit sector, he very recently completed nearly a decade as a member of the Board of Directors for Humana, Inc., one of the nation’s largest publicly traded healthcare companies.  In 2014 he joined the board of InfoMC, a leading information technology company in suburban Philadelphia.  He is on the health care advisory board for Arsenal Capital Partners in NYC and just joined the board of Tract Manager, a portfolio company of Arsenal.  In late 2018 he joined the board of ANI Pharmaceuticals, a publically traded generic drug manufacturer, headquartered in Baudette, MN.

Dr. Nash has received many awards in recognition of his achievements.  He received the top recognition award from the Academy of Managed Care Pharmacy (1995) and the Philadelphia Business Journal Healthcare Heroes Award (1997) and was named an honorary distinguished fellow of the American College of Physician Executives (now AAPL) in 1998.  In 2006 he received the Elliot Stone Award for leadership in public accountability for health data from NAHDO.  Wharton honored Dr. Nash in 2009 with the Wharton Healthcare Alumni Achievement Award and in 2012 with the Joseph Wharton Social Impact Award. Also in 2012, he received the Philadelphia Business Journal award for innovation in medical education.

Dr. Nash’s work is well known through his many publications, public appearances, and online column on MedPage Today.  He has authored more than 100 peer-reviewed articles and edited 25 books, including Connecting with the New Healthcare Consumer, The Quality Solution, Demand Better, and most recently Population Health: Creating a Culture of Wellness (2ndedition).  He was the inaugural Deputy Editor of Annals of Internal Medicine (1984-1989).  Currently, he is Editor-in-Chief of the American Journal of Medical Quality, Population Health Management, P&T, and American Health and Drug Benefits.