To Your Well-Being: The Last Flight of Stairs 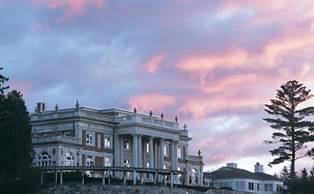 Who is your role model? What example do you give when you reflect on someone who is aging well? What are the characteristics they possess? Were they inherited or learned? Are they fanatics with the best roof rack in town or are they just consistent with the seasons? Planting in the spring, mowing in the summer, raking in the fall, and shoveling in the winter? Can someone learn those habits and improve their health or is our lifespan, or better yet, our healthspan, predetermined?

In 1982 Dr. James Fries introduced a concept called “the compression of morbidity.” In the keynote address to the Institute of Medicine, he stated that one’s ability to maximize the number of years they live with vigor and absent of life changing disease is related to lifestyle habits. His point at the time was, although we may not extend our life in years, we can minimize the amount of time that we are highly dependent, at the mercy of physical limitations or frail.

A few years later, more evidence emerged from Dr. Ralph Paffenbarger, founder of the College Alumni Health Study at Harvard and Penn. He attempted to tease out the specifics of exercise levels and the effect it had on mortality. Paffenbarger stated “the data suggested a protective effect of exercise against all-cause mortality in all age groups studied, and therefore an indication of additional years of life expectancy.” The authors categorized physical activity by the number of calories burned approximately every week, and the lowest death rates were seen with those who expended 3,000-3,500 calories per week in physical activity. Ok, sold! Not only is life better, it is a little longer. Sounds like an infomercial. What’s the catch?

Reserve capacity is a concept used in kinesiology that refers to maintaining a reserve of ability while completing a task. This reserve capacity allows us to get things done without bending over exhausted. One reason why someone would choose not to climb stairs or go on a hilly walk is that either their cardiac output or their ventilatory capacity is maxed out and they are unable to complete the task. So they choose the elevator or the scooter. This leads to a state that Frank Booth calls physical activity deficiency (PAD) and makes it harder for humans, or any animals, to maintain a homeostatic state. It becomes harder to control blood sugars, which leads to greater stress on glands and organs and leads to more damage to nerves. Senescence happens and there is no stopping it, but the natural rate of decline in the body might be something we can modify, and probably not with mega-doses of vitamins.

One way for someone to track their capacity against age is to look at their max VO2. The American College of Sports Medicine publishes normative data regarding a variety of fitness parameters, max VO2 being one of them. Research suggests that a low VO2 (< 20 ml O2/kg/min) is associated with a markedly increased risk of death from all-cause mortality. So, if I am struggling with climbing stairs at age 50, I will spend many more years, potentially decades, saddled with the challenges of metabolic dysregulation and cardiovascular disease. More medications, fewer steps per day, and more muscle loss all add up to physical inactivity. For individuals who kept themselves aerobically conditioned into their 7th, 8th, or 9th decade of life, they bought themselves another trip to Hawaii to hike Diamondhead. And they won’t need the helicopter to get there.

Realistically, everyone knows that someday they will avoid a set of stairs due to the physiological challenge of climbing them, but the hope is they postpone that day as long as they can. Dosing in this most valuable medicine, physical activity, may likely pay the greatest dividend in the long term toward all those things you value doing with friends and family, no matter the season. While you work on your goal setting for the year, keep up the stair climbing.