To Your health: For Obesity, the Environment Is Everything, or Is It? 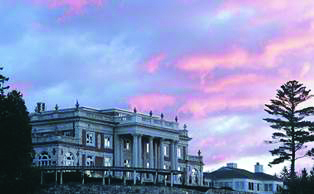 There is a scene in Frontier House, part of the ‘hands on history’ reality series on PBS, when one of the characters complains of chronic fatigue and is concerned he is losing too much weight.  The physician asked to evaluate the man concluded he was simply experiencing the challenges of life on the frontier following a life of luxury in the late 20th century.  The prescription was “Drink more water.”  The obvious conclusion is that cutting your own wood, working your own fields, and being laborious daily as a frontiersman leads to fat loss.  From the comfort of our couch, that would seem reasonable.

Other examples seem to verify the hypothesis that activity level leads to lower weights and body fat.  In a study by Hairston et. al. Old Order Amish children averaged 80 minutes more activity/day than non-Amish children did.  Not surprisingly, BMIs were inversely related to minutes of activity in those studied.  Bassett et. al. studied 98 adult Amish in southern Ontario, ages 18-75.  The findings were as expected, with males and females averaging 18,000 and 14,000 steps respectively.  BMI scores indicated obesity levels were 0% for the males and 9% for the females.  These are all remarkably different from the typical non-Amish in North America.

When you look at smartphone data you also see evidence that obesity is higher in ‘activity poor’ areas. These are areas where there is a clear disparity between the highly active and the underactive. In one neighborhood you may have the person who gets 12,000 steps per day walking their dog and moving at work, while the next neighborhood has auto commuters who sit at a desk for work and barely reach 2,000 steps per day. Tim Althoff was the lead author of the Nature article ‘Large-scale physical activity data reveal worldwide activity inequality.’ In this study over 700,000 people in 111 countries shared their accelerometer data with the Stanford University group. It is from this data that ‘activity inequality’ was first recognized and appears to associate strongly with higher rates of obesity.  Where does that leave us with physical activity and obesity?

The traditional model says if a human expends 1000-1800 calories/day at rest and then adds physical activity for an additional 30-50%, the totality for the day might be ~1400-2500 calories expended.  Herman Pontzer, an anthropologist from Hunter College, terms this the additive approach to energy expenditure.  Unexpectedly, there is evidence from distance runners and traditional Tanzanians that it isn’t quite that simple.  KR Westerterp in Holland found total expenditure in runners did not follow this trend. Pontzer had similar findings with the Tanzanians. They posit that over the last 200,000 years we may have adapted to adjust our resting metabolic rate lower to counter higher bouts of physical activity.

Pontzer hypothesizes this adaptation allowed humans to avoid tapping their most precious resource, kilocalories, as they continued to evolve bigger brains and higher levels of function.  He and his group were able to study the Hadza tribe.  They remain a traditional hunting and gathering society.  Total calorie expenditure, physical activity, and weight were all tracked on both the men and the women.  Despite higher levels of physical activity by both the males and females, the total energy expended by the Hadza was not higher than non-agrarian Westerners.  Despite higher physical activity by the Hadza women, they expended ~1900 kcal/day while Western women expended ~2300 kcal/day.  Pontzer calls this hypothesis the ‘constrained energy expenditure’ model.  It should be noted the average Western female weighed 70 lbs more than the Hadza women, so the higher energy expenditure, even in a less active population, might have been expected.

Look at it this way; humans have been through some tough times.  It is only recently that we have had, in some parts of the world, the luxury of excess stored calories and a bountiful food supply.  If you know someone who lived through the Great Depression or was challenged with a crop that failed on the farm, then you can recognize why they may be very careful about wasting food.  Well, our physiology may very well be the same.  Not unlike when President Carter asked Americans to turn down the thermostat in the 70s when oil prices were climbing, we potentially turn down some of our physiology to prep in the case the icebergs start forming again as they did 30,000 years ago.

Regardless of how it affects the kilocalories that you burn, your activity level is likely paying grand benefits in other ways, so don’t stop now.