Affidavit: Preparing for A Data Breach: Not All Cyberinsurance Is the Same 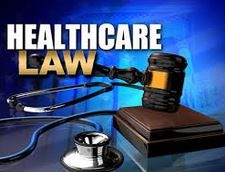 Healthcare entities are particularly vulnerable to cyberattacks given the value of healthcare data: if your credit card is hacked, you can get a new one, but health records are permanent. Consequently, sophisticated hackers are increasingly targeting healthcare providers and their vendors.  The Anthem Blue Cross breach affected as many as 80 million consumers. Several hospitals were the targets of ransom attacks that threatened to shut down their electronic health records systems if ransoms were not paid (and some did pay).  The FBI is reaching out to healthcare providers, IT vendors, and others to work collaboratively on real or threatened breaches.  In a time when data breaches and hacks are daily news, and the average total cost paid by an organization as a result of a data breach has reached $6.5 million, it is even more important for every company to take the steps it can to prevent such breaches and hacks. Obtaining specialized cyberinsurance, in addition to general insurance, is such a step and can provide relief in an area where technology changes so fast that security protocols working one day are obsolete the next.

It is becoming clearer that general commercial liability policies and general errors and omissions policies for healthcare entities (and other businesses) may not provide coverage for cyber incidents.  Courts have given inconsistent rulings when addressing this issue.

This inconsistent case law offers at best a “maybe” level of protection for healthcare entities that only have general policies.  In addition, the insurance industry is pushing hard to foreclose coverage for data security breaches by including broad cyber exclusions in such general policies. Thus, companies should look at specialized cyberinsurance policies to fill in coverage gaps and provide them with more certainty.

Cyber insurance is not a cure-all for all problems resulting from a data breach.  It shouldn’t be the only thing a company has to protect against data breaches, but rather should be part of a cyber incident protection repertoire that should also include creating an appropriate incident response plan, utilizing extensive encryption, involving your company’s business continuity management and board, defining CISO leadership, and properly training employees.