Why Don’t They Just Call It That? Conversations That Fail to Communicate 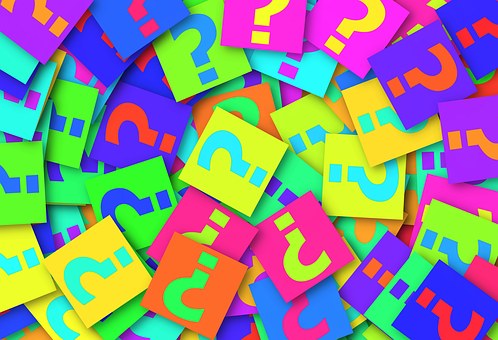 I met Ms. K during her pre-operation check-in. The resident on the gynecology oncology service, holding Ms. K’s signed patient consent forms asked, “Just so we are both on the same page, what are you having done today, Ms. K?”

It was my second week of clinical rotations as a third year medical student, and I was unprepared for the sobering nature of this service. I quickly learned that leaving the hospital after surgery was often only a temporary respite for cancer patients. They would soon return for chemotherapy, radiation, and then possibly for a recurrence of their cancer.

She replied, “I am having my ovarian cancer tumor removed. My uterus and ovaries are coming out, and hopefully I will feel better.”

Ms. K was a petite 60 year-old Korean-American woman. Her baggy sweater hung loosely over her small frame, hinting at her former, healthier self. From her chart, I learned that Ms. K had come to the U.S. over 30 years ago to complete a PhD in history and had recently retired as a college professor. Over the last several months she had been experiencing significant bloating and constipation, symptoms that are frequently very troubling for patients with ovarian cancer.

It became clear during Ms. K’s surgery that the extent of her disease had been severely underestimated. Tumor metastases were scattered throughout her abdomen, involving her bowel and liver. A curative resection of the tumor was therefore not possible, and any attempt at debulking the tumor was precluded by the high likelihood of bleeding. Her treatment would now have to involve chemotherapy. After biopsies of the tumor were taken, the team closed Ms. K’s incision. The surgeon spoke with her husband, conveying to him the events of the surgery and the plans for treatment going forward.

The next morning I learned that Ms. K had been told her cancer was too extensive to be removed surgically and that she had agreed to chemotherapy. I was the first to see Ms. K that day and after exchanging pleasantries, she asked, “So how much of the cancer was left after the surgery?” Startled, I asked if the surgeon had explained to her what had happened during the operation. She said, “Yes, he told me they took out the tumor pieces they could without causing bleeding and that we would fight the rest of the cancer with chemo.”

Not wanting to contradict her conversation with the surgeon, I said, “It’s true the plan is to fight the cancer with chemotherapy, Ms. K. A lot of the tumor was near arteries and veins and because we didn’t want to cause harmful bleeding, the tumor couldn’t be taken out.” She asked, “So was anything taken out?”

As a medical student, I didn’t want to overstep my boundaries and felt this was a conversation she deserved to have with the surgeon. I continued, “Like you said, tumor samples were taken out to understand what kind of ovarian cancer you have, and to see if the cancer might respond to different therapies. I will ask the doctor to come talk to you so we can clarify exactly what happened.” I conveyed the conversation to my resident who, in turn, called the surgeon. He immediately agreed to stop by that afternoon.

Throughout the day, various members of the team, from the resident to the fellow, all stopped by Ms. K’s room to reiterate what had occurred during the surgery. It had been more than 24 hours since Ms. K left the operating room, and it was important to the team that she understood what happened. Each time she heard the same statement. “Ms. K, you underwent an exploratory laparotomy and the tumor was not resectable. It involved parts of the bowel and liver. As we discussed with you and your husband yesterday, we can proceed to chemotherapy, and once the tumor has regressed in size, we may consider surgery again. Does that make sense?”

Each time, Ms. K nodded and agreed. “Do you have any questions?” “No.” It seemed to me that we had adequately explained her procedure and resolved the misunderstanding.

When I went to see Ms. K the next morning, her husband was lying at her side. She greeted me with, “I’m feeling that tightness in my abdomen again. Shouldn’t the surgery have helped?” I confirmed the pain was not related to her incision, which was healing well. I asked myself if it were possible that, despite sincere efforts, Ms. K still did not understand what had taken place during her surgery. I tried again.

“Ms. K, unfortunately the tumor couldn’t be removed so the symptoms you felt from the cancer may not improve on their own. We can help you with any pain control you might need.” She replied, “But I thought that taking my uterus and ovaries out would help the bloating feeling.” I didn’t know what to say. I had heard several members of the team tell Ms. K specifically that the procedure was simply exploratory and that nothing had been resected.

“Ms. K, I’m so sorry that this was not made clear to you. Your uterus and ovaries were not removed.” “So nothing was taken out?” “No.”

Ms. K’s husband interjected, “Can you explain what happened in the surgery again? I know it was told to us, but I want to hear it again from you.” I could have said, “The cancer was unfortunately too hard to remove so nothing was taken out. Chemo is our best next step.” But in my brief tenure in the hospital, I had learned that one of the best ways to function as a trainee is to adopt the practices of those more experienced. I wanted to follow my team’s example, so I replied, “Of course. Ms. K underwent an exploratory laparotomy. The tumor could not be resected since it was found throughout your abdomen. Your ovaries and uterus were not removed. The plan is to proceed with chemotherapy. Does that make sense?”

Mr. K then asked, “The surgeon used that word, ‘resect,’ too. What does that mean?” “Resect means to remove. The tumor wasn’t removed.” I saw something change in his eyes. “I’m so sorry that this wasn’t clear. As a medical student, I myself don’t understand what people in medicine say sometimes. Were there any other words like that?”

“What is exploratory laparotomy?”
“You look inside the abdomen to see how much disease there is.”
“Why don’t they just call it that?”
“That’s a good question, Mr. K.”

I sat down on the edge of Ms. K’s bed. I realized how natural it was to extrapolate sources of hope in difficult conversations with physicians. Hearing “biopsies were removed for histology” among descriptions of cancer metastases and extensive future chemotherapy regimens was easily interpreted by Ms. K and her husband as “having part of the cancer removed.”

Remembering what my resident had asked her before her procedure, I said, “Ms. K, just so we are both on the same page, what happened during your operation?” After a few tries with her husband’s input, Ms. K finally stated that her cancer had not been removed, she had all of her reproductive organs, and that chemotherapy would be the best next step.

Ms. K left the hospital that weekend with a chemo regimen to begin soon after. Over the past few years, I have read much on doctor-patient communication that has depicted failing physicians as lacking empathy or a willingness to take the time to engage their patients. My medical school’s doctor-patient communication course emphasizes the importance of considering a patient’s educational and cultural background when engaging in difficult conversations. But, here I witnessed a team of physicians who were extremely empathetic and had spent significant time speaking to a highly educated patient who was fluent in English. And yet they had not communicated with her.

The team dominated conversations with Ms. K, trying to share as much information as possible for honest disclosure. I find myself similarly trained in the art of one-sided discourse, as I am encouraged to summarize what patients have told me to make clear that I understand their concerns. Ms. K reminded me that her own summary of her care was equally valuable. It allowed us to address gaps in communication and allowed her to become an active partner in her own care.

It has now been over a year since I met Ms. K at her pre-operation check-in. I’ve found that mirrored conversations, in which both the doctor and patient describe the treatment plan in their own words, are particularly useful in the post-operative or inpatient setting when disease states and care plans can be complex and altered states of consciousness or pain can cloud awareness and insight. As I maneuver through the hospital adopting the language of more experienced providers, I hope to remember that the precise diction of medicine which provides clarity in communicating with other physicians, may in fact preclude effective communication with the patients I serve.