Penn LDI: The Promise of Health Reform and a Public Option in the Biden Administration 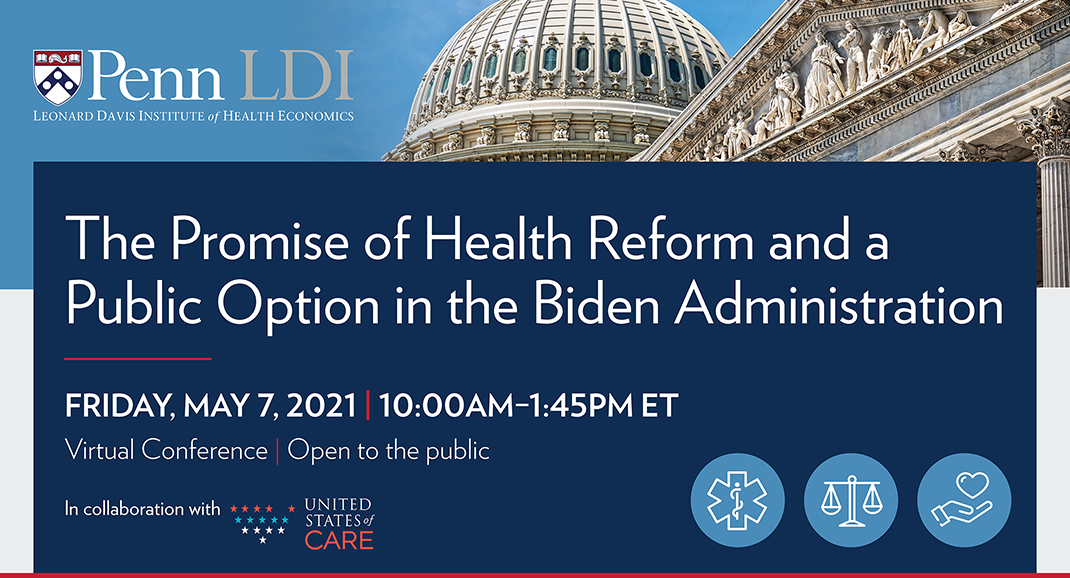 What are the prospects for health care reform in the Biden Administration with narrow Democratic majorities in the legislature? Policy proposals to expand insurance coverage and push forward a public option are once again ripe for discussion and debate. Join us on May 7, 2021 for a half-day virtual conference to hear experts and stakeholders explore the public option and other possibilities as the Biden Administration seeks to transform campaign ideas into a politically feasible health care agenda. Join the conversation on Twitter using #LDIhcreform2021. Tom Daschle
Tom Daschle is the Founder and CEO of The Daschle Group, a full-service strategic advisory firm that advises clients on a broad array of economic, policy, and political issues. Senator Daschle is one of the longest serving Senate Democratic leaders in history and one of only two to serve twice as both Majority and Minority Leader. A well-known expert on health policy reform, Senator Daschle has participated in the development and debate of almost every major public policy issue of the last three decades, including implementation of the Affordable Care Act. Senator Daschle holds a BA in political science from South Dakota State University. Ezekiel Emanuel, MD, PhD
Ezekiel Emanuel is Vice Provost for Global Initiatives, the Diane v.S. Levy and Robert M. Levy University Professor of Medical Ethics and Health Policy, Co-Director of the Healthcare Transformation Institute, and LDI Senior Fellow at the University of Pennsylvania. Dr. Emanuel previously served as special advisor for health policy to the director of the White House Office of Management and Budget and chair of the Department of Bioethics at the National Institutes of Health. Dr. Emanuel holds a BA from Amherst College, an MSc from Exeter College, and an MD and PhD in political philosophy from Harvard University.