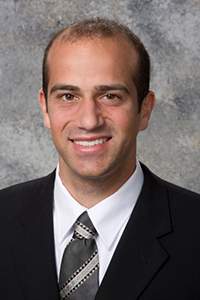 Shaping the Future of Healthcare

Last October the Leonard Davis Institute celebrated its 50th anniversary by putting on a symposium. Titled “Shaping the Future of Healthcare,” the two-day event featured giants of health policy weighing in on what’s next with U.S. healthcare.  Paul Starr kicked off the symposium sharing lessons of the past that will inform the future.  Mark Pauly, the guest of honor at the evening gala, reflected on learnings from his career.  Mark was joined by fellow panelists Zeke Emmanuel and Andy Slavitt, who opined on the future of healthcare during the closing plenary.

The night before the symposium began, the WHCMAA held a reception at Penn’s Van Pelt Library.  About 100 people gathered for group networking, a glass of wine, and a guest lecture from Wharton negotiations professor Stuart Diamond.  Dr. David Asch, WG’89 and Tom Kupp, WG’85 were recognized as this year’s winners of the WHCMAA Alumni Achievement and Alumni Service Awards, respectively. After accepting their awards they shared stories from the early days of the Wharton HCM program and the WHCMAA.  Their recollections revealed how committed alumni shape the Wharton healthcare community’s future for the better.

Compared to health policy giants and alumni achievers, Pankaj, Angela, and Devi are novices.  And yet…I can’t help thinking they and their Wharton Healthcare Management classmates will shape the future of healthcare as much as anyone I heard speak in that first week of October.  Their potential is great; that we can help them reach it, a privilege.  Recruit.  Be a mentor.  Help them network.  Sponsor a field application project.  Support the Kissick and Kinney Scholarships.  If you’ve got other ideas, the WHCMAA can help you implement them.  Contact me or other members of the WHCMAA Board.  We’re here to serve you and the students.  It’s our way of shaping the future of healthcare.