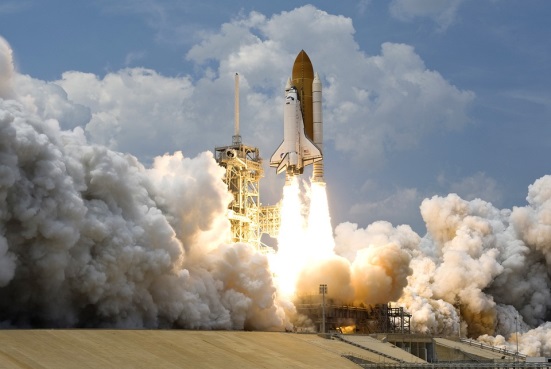 In 1991 a group of authors published an editorial in the New England Journal of Medicine with a provocative idea: physicians were being overrun by non-physicians, or, as they called them, “administrators,” and these administrators were not helping the healthcare system very much. To make the point, the authors included a chart that has since become infamous, almost meme-like. The chart contains two curves: one for the relative growth of physicians, and one for that of administrators. Both were plotted from 1970 to 1987, and both were steadily rising. However the administrators curve was growing at a much faster rate, and it sat on top of the smaller curve, that for physicians. The accompanying text said the growing administrative class in medicine was inefficient and unnecessary, especially when compared to other countries. And the title made it clear: “The Deteriorating Administrative Efficiency of the U.S. Healthcare System.” 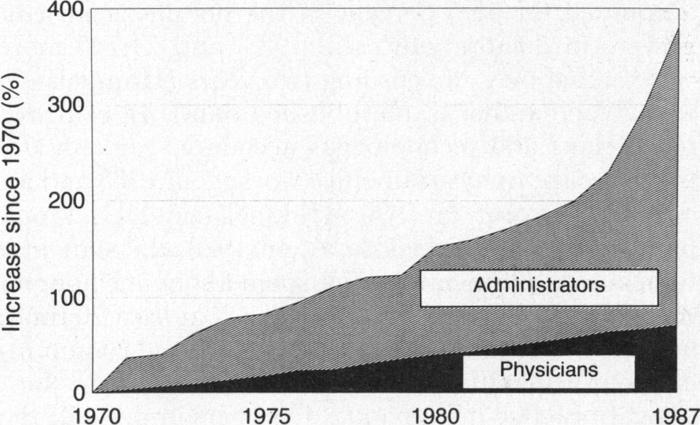 The article provoked many relevant questions, so we should surely give credit where it is due to the original authors. However, in 2017 we live in a different healthcare ecosystem than did the authors of the 1991 editorial. Now healthcare leaders are focused not only on administrative efficiency but also on achieving the triple aim: improving the patient experience of care (including quality and satisfaction), improving the health of populations, and reducing the per capita cost of healthcare. And according to the Institute for Healthcare Improvement, the National Committee for Quality Assurance, and the American Medical Association, there’s a growing recognition that interdisciplinary, team-based care has a role to play in achieving those ends. So how do we reconcile the old model of “physician versus administrator” to the new model of team-based care?

Our team at Oak Street Health, a network of value-based primary care centers and a technology platform delivering care to over 30,000 adults on Medicare and Medicaid, compares this to a similarly complex endeavor: rocket science. We looked at a variety of data sources to recreate a similar analysis for the National Aeronautics and Space Administration (NASA), comparing astronauts to non-astronauts, or rocket science “administrators.” Here’s what we found. In 1959, the first full year of NASA’s existence, there were 7 astronauts and 9,567 non-astronauts. In 1969, the year of the Apollo moon landing, the number of astronauts was 73, however there were then 31,733 non-astronauts employed by NASA, excluding the estimated 180,000 non-astronaut contractors supporting the effort. And today, in a time widely considered not to be among NASA’s best, there are fully 44 active astronauts supported by a fraction of the previous number of administrators: 18,000. In other words, as NASA’s work exploring the moon wound down, the number of non-astronauts available to support each astronaut declined.

While there are obvious limitations to analyses and analogies like these, we can learn a lot when comparing rocket science to something we at Oak Street think is just as complex as rocket science: primary care.

First, healthcare really is a team sport. Both the delivery of high quality medical care and manned space flight require effort greater than a single person can provide. The challenge then is to create a team structure, a training environment, and a never-stop-improving culture that supports teamwork. At Oak Street, we function in care teams that include a physician, a nurse practitioner, a care manager, a registered nurse, a clinical informatics specialist, and a medical assistant. Clearly this model is expensive to operate and creates some complexity, but it also allows every member of the team to operate at the limits of his/her training and license since they are focused on their expertise and don’t have to be all things for their patients.

Second, physicians, like astronauts, have incredibly valuable experience and training that is necessary for success in the mission. But so too, do non-physicians. In the vocabulary of macroeconomics, physicians have valuable human capital, and the non-physicians are highly complementary inputs that make the marginal revenue product of that capital more effective. In other words, “administrators” make physicians better at their jobs and more valuable to the entire healthcare ecosystem. Take, for example, a highly trained medical scribe or population health analyst: not only do these colleagues improve the experience for physicians to do what they are trained to do, at Oak Street our analysis has shown they make the quality of care physicians deliver better as well.

The goal for NASA was to land on the moon, and the goal for healthcare is to deliver measurably excellent care to patients who need it. At Oak Street, we care about our 40% reductions in hospitalizations, our 5-star ratings for evidence-based chronic disease and preventive care, and our 92% Net Promoter Scores. Recognizing the importance of having a team with diverse skill sets and supporting their teamwork is critical in achieving our goal for our patients. Whether it’s as a physician, an administrator, or anyone else supporting the hard work of caring for patients, we all have an important role.