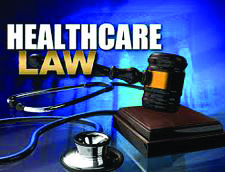 On April 17, 2016, Pennsylvania became the 24th state to legalize the use of marijuana for medicinal purposes when Pennsylvania Governor Tom Wolf signed into law Senate Bill 3, known as the “Medical Marijuana Act” (the “Act”). The medical marijuana market is huge: in a report published by ArcView Market Research and New Frontier, titled The State of Legal Marijuana Markets, 4th Ed., the authors estimate sales in the U.S. legal marijuana market grew to $5.4 billion in 2015, and they project sales in this market to grow to $21.8 billion by 2020.

While the Act became effective on May 17, 2016, the Department of Health (the “DOH”), which administers the Act, must develop a regulatory structure and issue regulations prior to implementation. The DOH is actively engaged in these activities, with a goal of issuing comprehensive draft regulations in the next several months. On April 4, 2016, the Governor appointed John J. Collins the Director of the newly established Office of Medical Marijuana. Because the market will be highly regulated, understanding the Act’s requirements and following regulatory developments are critical to defining any business opportunity.

The Act limits the use of medical marijuana to patients suffering from one of the 17 “Serious Medical Conditions” identified in the Act, which are: cancer; HIV/AIDS; amyotrophic lateral sclerosis; Parkinson’s disease; multiple sclerosis; epilepsy; inflammatory bowel disease; damage to the nervous tissue of the spinal cord with objective neurological indication of intractable spasticity; neuropathies; Huntington’s disease; Crohn’s disease; post-traumatic stress disorder; intractable seizures; glaucoma; sickle cell anemia; severe chronic or intractable pain of neuropathic origin or severe or intractable pain in which conventional therapeutic intervention and opiate therapy is contraindicated or ineffective; and autism.

Not only will this market include the core cultivation, processing, and dispensing businesses, but also, as seen in other states that have legalized cannabis use, the industry may generate a proliferation of “ancillary” businesses in Pennsylvania. Cannabis-focused start-ups in other states have included medical-technical, LED lighting, design and build, software and electronic tracking, security, apps, scientific research and marketing firms, among others.

As a result, the medical cannabis industry in Pennsylvania will likely involve multiple market sectors, such as healthcare, construction, real estate, information and technology, security, private equity and venture capital, and insurance, to name just a few.

Among the key components of the Act are:

Notwithstanding the Act, the cultivation, processing, distribution, possession, and use of medical marijuana in Pennsylvania remains a federal crime because marijuana continues to be listed as a Schedule 1 controlled substance under the Controlled Substances Act (“CSA”), 21 U.S.C. § 812(c). However, for now, the potential for federal criminal prosecution for conducting activities pursuant to the Act is attenuated because the U.S. Department of Justice has been adhering to policy statements and guidance directed to federal prosecutors — first issued in 2009 and reiterated in 2011, 2013, and 2014 — suggesting that they not devote resources to prosecuting activities conducted pursuant to and seemingly in accordance with state cannabis legislation, and to defer to the state’s enforcement with respect to such activities.

It is important to note that, due to the federal ban on marijuana, individuals and businesses conducting activities pursuant to state cannabis legislation face obstacles in other areas. For example, access to federally insured banks may be restricted, bankruptcy may not be an available out, and business-related tax deductions may not be permissible. In addition, the insurance industry has not yet developed a range of cannabis industry-specific lines of insurance, and carriers may be reluctant to write policies for participants in the space.

Individuals and businesses considering whether to get into the Pennsylvania medical marijuana industry should be aware of the following:

While the potential returns from the medical marijuana business may be enticing, participation in the industry is not without risk, especially given the federal prohibition of marijuana. Those risks, combined with the start-up costs and complex regulatory scheme the Act establishes, indicate that individuals and business who are considering entering the market should carefully consider their options and obtain the advice of experienced legal counsel and consultants to ensure business success.