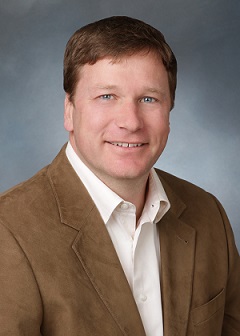 National Health Officer, and the Vice President for Evidence-Based Health Interventions and Community Integrated Health
YMCA of the USA (Y-USA)

Matt Longjohn, M.D., M.P.H., is the first physician-executive to serve the YMCA at the national level in the organization’s nearly 170 year history.  He is the National Health Officer, and the Vice President for Evidence-Based Health Interventions and Community Integrated Health at YMCA of the USA (Y-USA). Y-USA is the national resource center for all of the nearly 2,700 YMCAs in the country.  In his capacity at Y-USA, he oversees a team of content experts and technical advisors charged with developing evidence-based policies, programs and practices; and then to bring these resources to national scale through the Y’s ~900 non-profit organizations and 10,000 program sites. These programs and practices include: Healthy Communities Initiatives (i.e., Community Transformation Grants, Pioneering Healthy Communities, and Racial and Ethnic Approaches to Community Health); the YMCA’s Diabetes Prevention Program; the LIVESTRONG at the YMCA cancer survivorship program; EnhanceFitness (for persons with arthritis); Moving for Better Balance (falls prevention), blood pressure self-management and childhood obesity prevention programs, and initiatives to help individuals and families become aware of and obtain clinical preventive services.  Longjohn began his Y career playing a leading strategic role in developing the Y’s national commitment to bring 85% of 9,700+ early childhood and after school care programs into compliance with new healthy eating and physical activity (HEPA) standards. This commitment was announced with First Lady Michelle Obama in November 2011. Since 2012, Longjohn has also led a successful Cooperative Agreement with the Center for Medicare and Medicaid Innovation to deliver the YMCA’s DPP to nearly 8,000 Medicare enrollees. In March of 2016, this project became the first community based preventive service in history to be certified as a cost saving intervention.  Beginning in 2016, he is directing collaborative efforts being undertaken with the Robert Wood Johnson Foundation to develop the field of Community Integrated Health, in which community-based organizations are positioned to be critical partners in health care transformation. He serves on a number of national advisory committees related to pediatric obesity, diabetes, and chronic disease prevention.  In addition to his work with the Y, Dr. Longjohn is also an Assistant Adjunct Professor in the Departments of Pediatrics and Preventive Medicine at Northwestern University’s Feinberg School of Medicine. Previously, he has served as the founding executive director of the Consortium to Lower Obesity in Chicago Children (CLOCC), a Fellow at the Altarum Institute where he directed early childhood obesity prevention projects in 9 states, and as a public health program and policy development consultant to foundations, non-profits, and government agencies.  Longjohn received his bachelor’s degree in biology from Kalamazoo College and his M.D. and M.P.H. from Tulane University.  He lives in southwest Michigan with his wife and two boys.