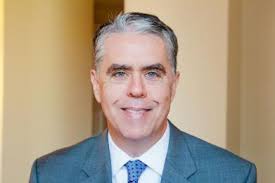 Kurt Wrobel is Chief Financial Officer & Chief Actuary for Geisinger Health Plan. He is responsible for budgeting, expense benchmarking, pricing, rate filings, trend analysis, forecasting, reserving, data management, analytics for all product lines, and provides leadership in the development of strategic initiatives. Kurt serves as liaison between finance and all departments within Geisinger Health Plan as well as the Geisinger Health System.

Mr. Wrobel joined the Health Plan in February, 2014. Most recently, he was a consultant for Milliman in their Brookfield, Wisconsin office. Mr. Wrobel was Vice President, Large group Pricing/Underwriting and Chief Underwriting Officer for Humana and Vice President, Key Accounts Underwriting at United Healthcare/PacifiCare Health Systems.  He also held an actuarial position at HealthMarket, Inc.

“Too Much Data: Why analytic competition is a problem…and what we can do about it”, Contingencies, Jul/Aug 17

"Deciding What to Research: How to Spot and Avoid Bias", Predictive Analytics and Futurism, December, 2016

"Deciding What to Research: How to Spot and Avoid Bias", Contingencies, November/December, 2015

“Beyond Big Data:  How to Use Wisdom and Simple Data Analysis to Make Decisions”, Contingencies, June/July, 2015

“The Individual ACA Market – What’s Next”, The Actuary, February/March 2015

"Risk Management and the Power of Simplicity”, The Actuary, April/May2014

"The Actuarial Profession and Complex Models: Knowing the Limits of Our Knowledge", Health Watch, January, 2012

"Can the Direct Capitation Model work", The Physician Executive, January/February, 2002

“Propel the Shift to Value-Based Care: The Forefront of Financial sustainability, cost Reduction and Outcomes Improvement”, World Healthcare Congress, May, 2017

“Maintain the Commitment to the Individual: Succeeding in an Unstable Public Marketplace”, World Healthcare Congress, May, 2017

“The ACA Exchanges and the Individual and Small Group Markets”, The Wharton School of the

“Structure and Economics of the Managed Care Industry”, The Wharton School of Business, March, 2014