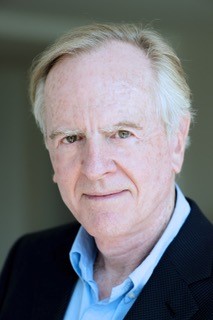 John was recruited to Apple by Steve Jobs in 1983 to turn around the declining Apple II market share and help Jobs launch the first PC for non-technical people that was designed to enable users to do creative things like desktop publishing. This was Macintosh. During Sculley’s decade as Apple CEO, the company’s revenue grew over 1000% and the Macintosh became the largest selling PC in the world.

John Sculley is a polymath with a unique background in consumer marketing, high technology, platform business models, machine learning, and precision medicine. Sculley is a visionary who currently advises some of the most transformative entrepreneurial corporations in the world.  Each of these companies listed below have at least a billion dollar market value or more.

RxAdvance – Sculley on founding team, CEO mentor, investor, board chairman, and chief marketing officer. RxAdvance is the first platform-based PBM (Pharmacy Benefit Manager) company. RxAdvance is 5 years old, has achieved $10 billion contracted revenue in 2018. We sold 20 percent of the company to health insurer Centene in March 2018. Sculley has been in healthcare for 11 years and was on the founding team of Rally Health, a consumer engagement wellness company we later sold to United Healthcare.

Zeta Global – Co-founded by John Sculley in 2007 and Sculley is a non-executive vice-chairman. ZG has 1250 employees, HQ in NYC with offices in San Francisco. Zeta Global is one of the largest independent personalized marketing platforms in the world. Goldman Sachs currently running an M&A process for Zeta Global.

Kaleido Biosciences – Sculley is a board member of this Boston area based company that has developed novel chemistries to systematically drive functions of the Microbiome organ.

John Sculley is a frequent guest on CNBC and author of both Odyssey and Moonshot, How to build billion dollar disruptive innovation companies. Sculley is a graduate of Brown University, Wharton MBA, awarded 10 honorary PhDs, and a long time affiliation at MIT Media Lab. Previously was an advisor to DARPA program, Biology is Technology.