Affidavit: Healthcare and the Law - How to Assure a Successful Physician Practice Investment or Acquisition 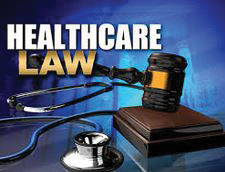 Understanding The Deal: Case Study One
Effective communication is absolutely essential.  Too often physician practices view a practice merger or acquisition as easy access to cash, without understanding the cash comes with a price.

A physician group was selling their practice to a publically traded company.  A few members of the group believed each physician would walk away with a substantial amount of cash with no strings attached. Those physicians told the rest of the group not to worry about the written agreements, as the agreements were just words put on paper by lawyers who did not understand the “real deal.”  The “real deal,” as described by those physicians, was that the non-compete was not enforceable and that there would be no changes to the group or the way the group practiced medicine, despite the written agreement.

Legal counsel, who continuously tried to get the group to focus on the terms of the agreement, was viewed as an obstacle to the cash prize. The group’s legal counsel repeatedly told the group the buyer would not spend millions of dollars to purchase the practice and then not enforce the non-compete and, furthermore, according to the written agreements, there would be changes to the group and the way the group practiced medicine.

Once the group understood the deal on paper was the “real deal,” the physician group negotiated a higher sales price, the physicians who opposed the sale of the practice were provided with a pre-closing exit plan option, and the transaction closed. Years later, the practice continues to be successful, because the sellers and the buyers understood the deal and had a meeting of the minds.

What Not To Do: Case Study Two
A health system hospital acquired a large multispecialty practice. The practice was responsible for the majority of admissions to the hospital.  However, the practice had a number of underperforming physicians. Day one after the acquisition, based on the advice of a recent business school graduate, the health system sent 120-day contract termination notices to every one of the practice’s physicians and advised the physicians to reapply for their jobs. The termination notice stated the physicians were not guaranteed employment, and individual physicians would be notified within 90 days if they were being rehired. The notice also stated the terms and conditions of employment, including compensation, would likely be substantially different.

What happened next should not have been a surprise. Many of the physicians immediately began looking for new positions outside the health system. Many physicians, including the entire OB/GYN practice, ended up at a nearby hospital, owned by a competing health system. The acquiring health system went to court seeking an injunction to enforce the non-compete, and the providers and their patients went to the media and the court of public opinion. At the preliminary injunction hearing, several pregnant women testified that enforcement of the non-compete would cause irreparable harm to them, and, furthermore, the hospital no longer had the capacity to care for the pregnant women, as all of the OB/GYN providers had been terminated by the health system.

In order to avoid an adverse decision, the health system withdrew their preliminary injunction complaint and ceased efforts to enforce the non-compete. While a few physicians stayed with the health system, most went elsewhere and took their patients with them. The physician group disintegrated. The health system lost money and suffered substantial collateral damage from the public outcry.

“The most important thing in communication is to hear what isn’t being said.” ~ Peter Drucker

The Take Away
Ideally, in physician practice investments and acquisitions, neither party feels like the dog or the tail. All parties to the transaction must understand the deal and effectively communicate and agree on plans for the future. Post-closing with respect to physician practice investment and acquisition, the buyer and the seller will continue to work together.  Effective communication will minimize the risk of friction, confusion, and underperformance.