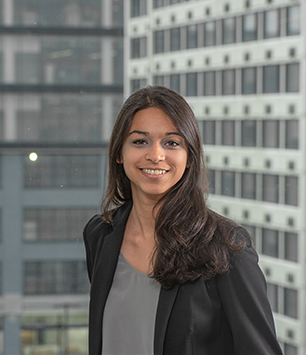 Alomi is an MD/MBA candidate at the University of Pennsylvania. She has completed three years of medical school and is currently in her first year at Wharton. At Penn she is on the Board of the Wharton Global Health Volunteers, has served in various leadership roles for United Community Clinic, a student-run clinic in West Philadelphia, and has been involved in quality improvement initiatives at UPHS hospitals. She earned a BA in Chemistry and certificates in Global Health and Health Policy as well as Neuroscience from Princeton University.

Kerianne grew up in Tampa, FL, and graduated from Duke University in 2014. Prior to Wharton, she spent three years as a consultant in Ernst & Young’s Financial Advisory and Health Advisory practices. There, she worked on a divestiture for a large payer and supported a metropolitan county in outsourcing its behavioral health department to double the population it could serve with existing funding. At EY, Kerianne was able to learn functions like project management, operations, and regulatory compliance. At Wharton, she’s continued to explore healthcare services, including completing a summer internship on Clover Health’s Network Management team. Outside of class, Kerianne is involved at Wharton as President of WHAMBAA (Wharton Hispanic American MBA Association), EVP for Digital Health Club, and leads two healthcare consulting projects for Digital Health Club and Global Health Volunteers.

Caleb is a JD/MBA candidate at the University of Pennsylvania with a focus on healthcare law and entrepreneurship. He previously worked in product management and strategy at Zarbee's, a rapidly growing consumer health brand that was acquired by Johnson & Johnson in 2018. Prior to that, he studied business strategy, economics, and Japanese at Brigham Young University. He is a member of Wharton Global Healthcare Volunteers and an articles’ editor for The University of Pennsylvania Law Review.

Shannon is a second year MBA student at the Wharton School where she is majoring in Healthcare Management. Prior to Wharton, Shannon spent three years at Optum as a product manager, where she managed a population health analytics software that helped healthcare providers understand their patient populations, identify opportunities for improved quality of care, and transition from fee-for-service to value-based payment models. Shannon began her career as a consultant at Deloitte Consulting where she focused on technology and operations transformation at pharmaceutical companies, payers, and providers. She earned a Bachelor’s of Science in Engineering with a major in Bioengineering from the University of Pennsylvania.