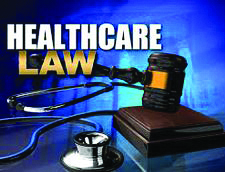 On March 27, 2018, in a highly controversial decision (Reginelli v Boggs) the Pennsylvania Supreme Court held the Pennsylvania Peer Review Protection Act (“PRPA”) would not prevent the disclosure of certain physician performance review files in an ongoing medical malpractice lawsuit despite arguments the files in question were precisely the kind of peer review documents the PRPA was intended to protect. The decision limits the protection available to Pennsylvania healthcare providers under the narrow peer review evidentiary privilege and is part of a national trend towards greater transparency regarding how healthcare is provided.

“Peer review” is the evaluation of physicians and other professional healthcare providers regarding the quality of services ordered and performed by other providers, such as whether a surgeon failed to satisfy established conduct and competency standards during a surgical procedure resulted in the patient’s death.  Peer review statutes, such as Pennsylvania’s, are designed to ensure peer review is performed confidentially in committee so that oral and written information may be freely shared and the deliberations of the committee are privileged.  However, over the years decisions in malpractice cases have resulted in the weakening of the peer review protection.  Many courts have determined the interests of a plaintiff or society at large justify pulling back the curtain on the process.

The underlying lawsuit was brought in 2012 after plaintiff Eleanor Reginelli suffered a heart attack several days after being treated by Dr. Marcellus Boggs in the emergency room at Monongahela Valley Hospital for gastric discomfort. The plaintiff alleged Dr. Boggs failed to diagnose and properly treat an underlying heart condition before discharge.  She and her husband filed a four-count complaint in 2012, asserting claims against Dr. Boggs, the hospital, and UPMC Emergency Medicine, Inc. (“ERMI”), a third-party contractor that employed physicians, including Dr. Boggs, to provide staffing services for the hospital’s emergency room. It is common for hospitals to contract with third-party emergency room and other speciality physician groups to benefit from their expertise. For their part, the physician groups want to preserve their independence from the hospital; many of these groups have negotiated contracts with payors that provide higher reimbursement rates than the physicians would receive as hospital employees under hospital contracts.

During the discovery phase of the litigation, it emerged that the ERMI medical director had prepared and maintained a performance file on Dr. Boggs as part of her regular practice of reviewing randomly selected charts associated with ERMI-employed emergency department physicians. The Reginellis responded by filing discovery requests seeking production of the complete performance review file for Dr. Boggs. The hospital and ERMI objected, and the parties filed motions and cross-motions over whether the performance file should be disclosed.  Ultimately the Pennsylvania Supreme Court, in the 26-page opinion written by Justice Donahue, decided neither the hospital nor ERMI was in a position to claim the PRPA’s evidentiary privilege.

The Pennsylvania Supreme Court first considered whether ERMI could claim entitlement to protections under the PRPA. The court’s analysis hinged on whether ERMI could hold itself out as a “professional healthcare provider” that is covered by the PRPA.  There are 12 types of entities enumerated in the statutory definition, including hospitals and physicians, but not including physician groups. Given that the PRPA was passed in 1974, has not been amended since, and physician groups like ERMI did not exist at the time, it is not surprising physician groups are not included in the list of covered entities.  Nevertheless, the court said that although it described itself as a “physician organization comprised of hundreds of individual emergency medical physicians… that exists specifically to provide emergency medical services,” ERMI could not claim peer review protection under the law.

The court then addressed whether the PRPA was available to the hospital.  Although the hospital clearly met the statutory definition of “professional healthcare provider,” the court declined to afford it protection under the PRPA on the grounds that ERMI’s medical director, who performed the performance evaluation, was not a member of the hospital’s peer review committee. The court then addressed the argument that the performance files were entitled to peer review protection because the hospital had contracted with ERMI to perform its peer review activities. The hospital pointed out this type of relationship was very common, and hospitals would struggle to survive if they were not able to contract with outside entities like ERMI to fulfill peer review responsibilities. However, the court found this argument lacked merit and was unverifiable because neither the hospital nor ERMI had thought to include the emergency services contract in the record.

In a dissenting opinion, Justice Wecht found the conclusions made by the lower courts and the majority to be at odds with the intent of the legislature in creating the peer review privilege. The dissent found that ERMI did, in fact, qualify as a professional healthcare provider and went on to say, “the majority’s contrary interpretation guts the privilege, given that such contractual staffing and administrative agreements are commonplace.” Justice Wecht also expressed concern about the destabilizing effect of the majority’s reliance on “less than clear” statutory definitions.

This decision has significant implications for healthcare providers in Pennsylvania and elsewhere, especially hospitals and physician groups that contract with outside entities to perform peer review activities, a now common practice. The Supreme Court left open the question of whether such relationships are protected under the statute and whether the PRPA would apply to peer review documents produced by an outside peer review entity on a provider’s behalf, another common practice. For instance, a small hospital that offers general surgery, may contract with an independent orthopaedic specialist to provide insight into a particular orthopaedic case where an expert’s understanding is necessary for the physician’s services to be properly evaluated.  The decision could also raise questions regarding the application of the protection in new, value-based arrangements such as accountable care organizations, in which independent hospitals, physicians, other providers, and payors share information to increase quality and reduce costs.

Malpractice attorneys for plaintiffs and defendants across the country have taken note of this important case along with others that as a whole are weakening peer review protections. Although there are good arguments for greater transparency in healthcare, there are also legitimate concerns about the beneficial value of confidential deliberations among physicians, hospitals, and other providers regarding the quality of services provided by a “peer” and the rising costs of damage awards in malpractice cases.